Finding your way from Wikidata to OpenStreetMap

Recently there has been multiply discussions about the connections between Wikidata and OpenStreetMap. Many Wikimedians has been concerned about the one way connection through the wikidata tag over at OpenStreetMap and the lack of a way to find the corresponding OpenStreetMap element from within Wikidata.

The easiest way in the past has been to head over to Overpass Turbo and query for the Wikidata id. I would say that even for OSM folks and SparQL hippies it’s a bit of an annoying process.

Because of this I created a Wikidata UserScript a while ago witch adds a link to the OpenStreetMap Element which has the Wikidata id referenced. 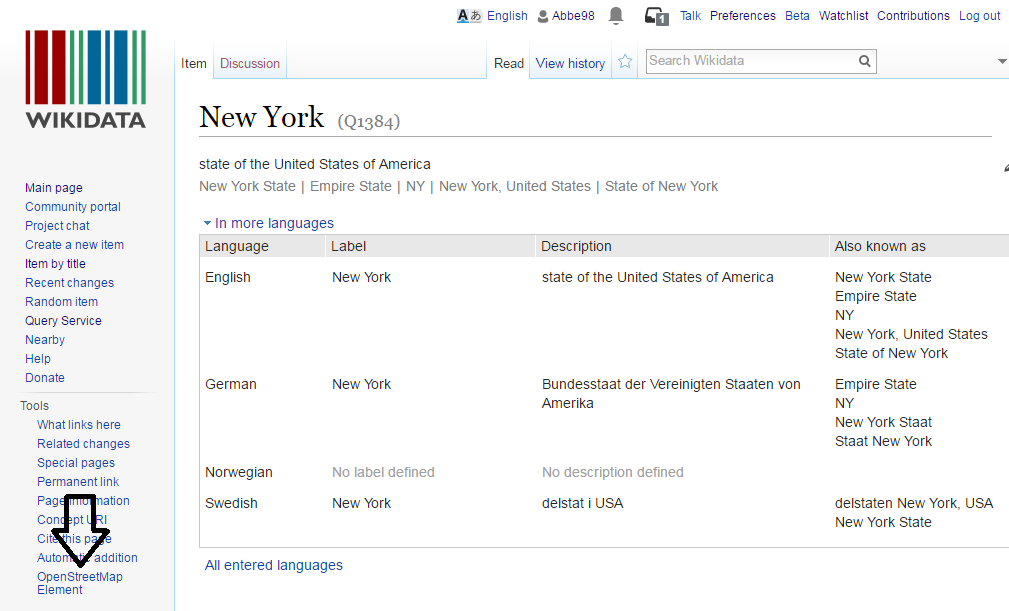 You can try it out by adding the following line to your common.js file:

Behind the scene it’s using the Overpass API for looking up the OSM element, it’s source is available over at Github.