My Christmas holiday started with me becoming sick, a terrible thing for the planned orienteering and workouts. So I decided to go for a little bigger holiday project the usually.

I have for a long time wanted to build something real with the K-samsök(SOCH) API, a API containing more then 5.6 million historical/archeology objects, including 2.3 million images and 1.6 million geo referenced objects.

Earlier last year I started working on a PHP library for the API, you will find the latest version at Github and Packagist. It’s written in PHP because I think more people will use it. You find some basic documentation in the README, some features such as object(), extending, and optional parameters is missing. I aim to publish 1.0 when the documentation is complete.

Until this holiday it has been very unstable and has been missing some key functionality. The best solution to make a library stable is to build something with it, so that’s what I have been doing.

169 000 of the images in K-Samsök are geo referenced the other ones is not. Many of the other images is photos. I have written a web app that allows you to search after photos thats isn’t geo referenced and simply geo reference using a location picker. A screenshot can be seen below. 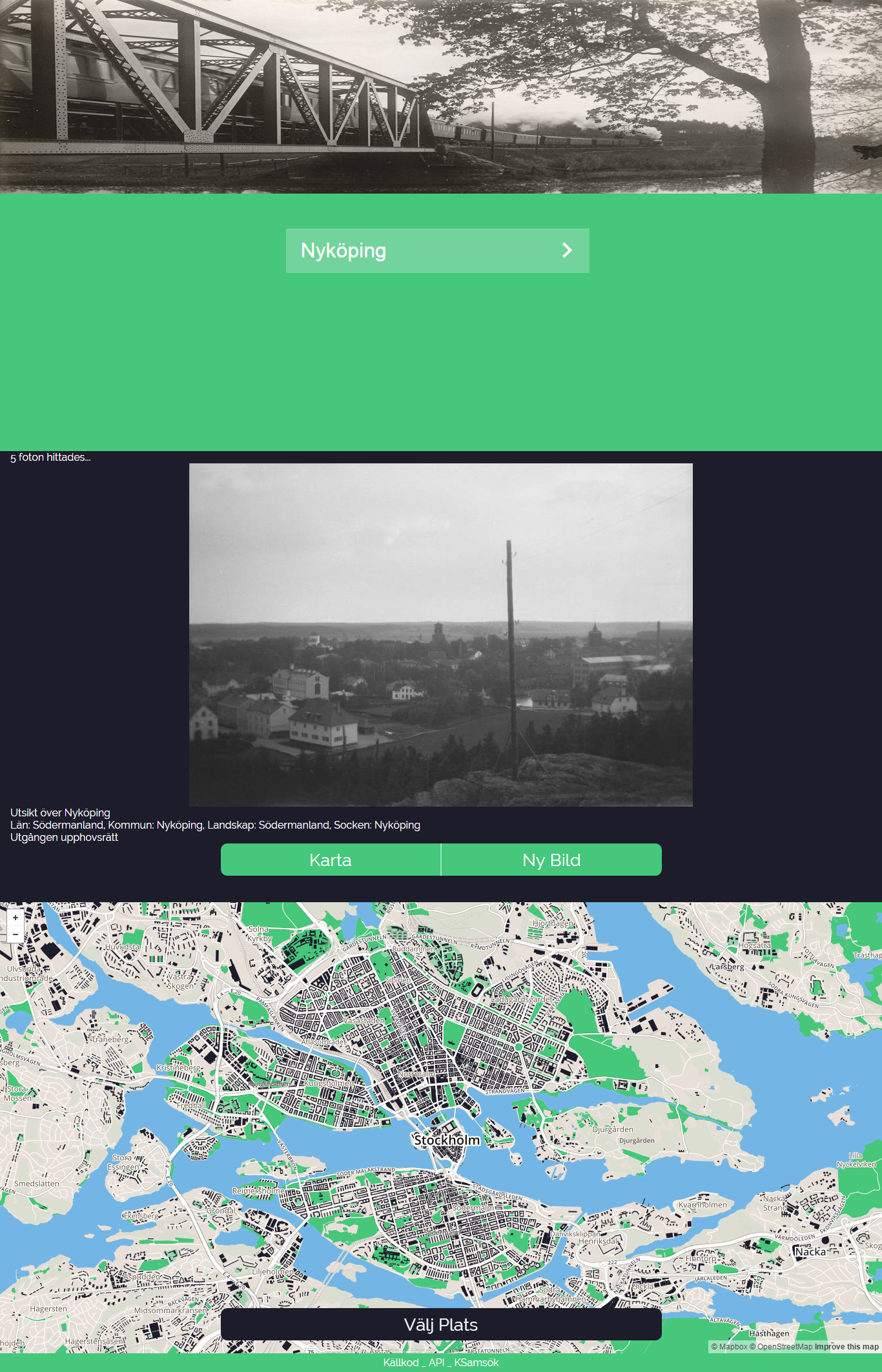 The screenshot lies, it’s a week old but it’s still just as nice!

Most of the work is done, but some features is still missing:

The aim was to “finish” it until the end of this holiday, but school begins tomorrow. The new aim is to finish it and 1.0 of K-samsök-PHP before the Wiki Loves Maps Hackathon in February!

Here is the source for the K-Samsök statics.